I just joined and thought it would be a good idea to share a few pics. I hope to locate my wife's digicam soon (we just remodeled and are still looking for a few things) because my iPhone isn't great at tank pics.

I'll be moving the brichardi out to a new 20 gallon soon, but here's what I have now in my 29:

Here's a whole tank shot. I've since upgraded to a Marineland double bright LCD light so it's a little better lit now. The tank was still a bit cloudy from re-scaping it. 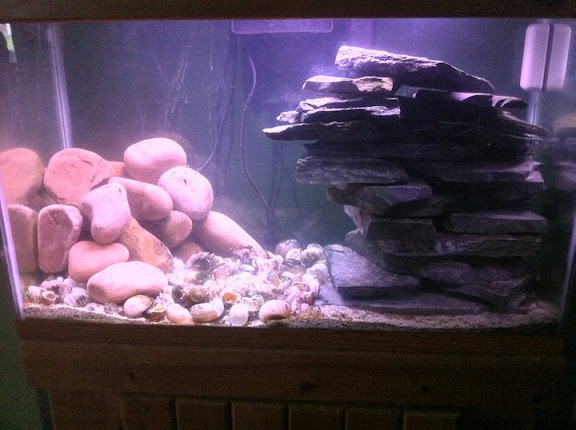 Here's a shot of the calvus that I now believe to be a compressiceps. Can anyone confirm? I've tried and thus far failed to get a better close-up of him. 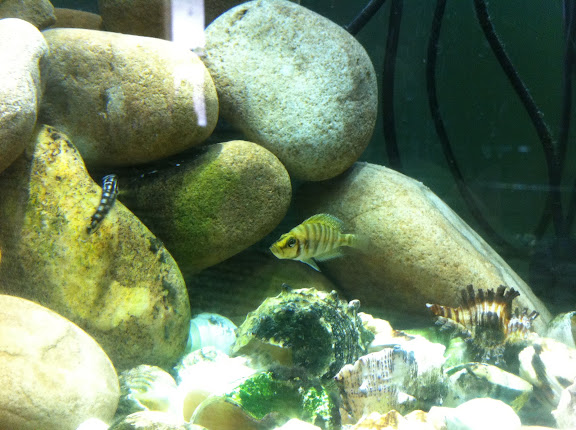 Here's one of the little transcriptus. The store had them listed as marlieri but my understanding is the lack of a stripe below the eye is the giveaway. 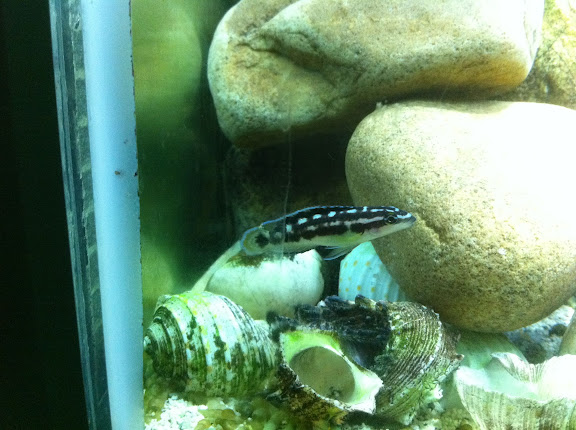 Here are some of the 4 neolamprologus brichardi that I lovingly refer to as the death Squad. I'm really looking forward to their spawning behaviors and raising a colony in the new 20 gallon. 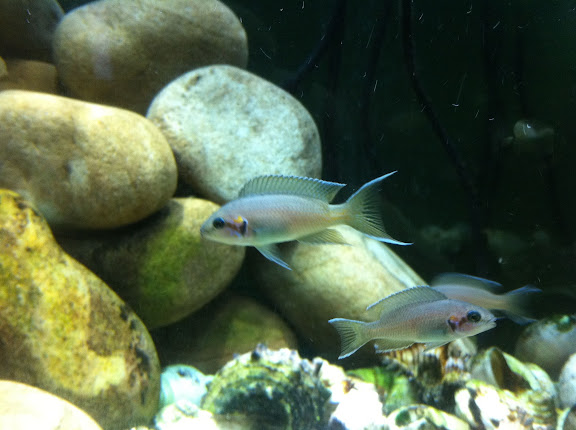 Here's a shot of the 7 or 8 year old marlieri that came in a batch of 6 transcriptus I ordered back then. My luck with getting what I think I'm getting has been really bad. 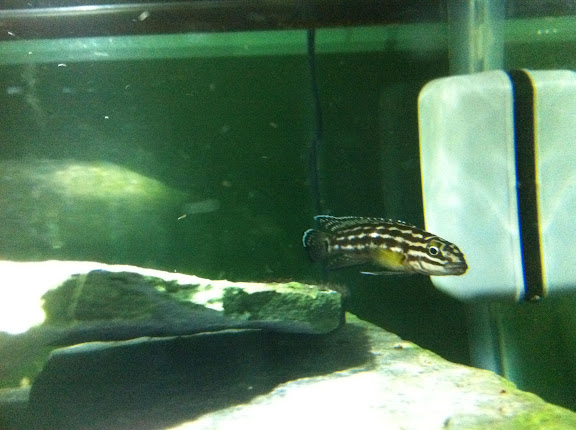 Those pics actually look great for iPhone shots!!! You've got some real beauties there

From that pic I would guess that to be a comp but... I've been wrong before. Only once but I do remember it

Here's another pic of the calvus/comp. It's blurry, but at least it's a decent profile. 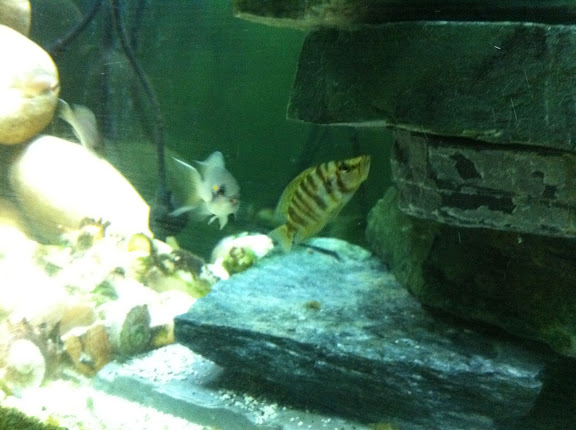 I'm almost ready to 100% say this is a compressiceps now. The stripes are more pronounced than the spots and the upturned snout are the two deciders for me. Any chance it could be a hybrid? I'd hate for that to be the case.

From the profile of the face, it's a compressiceps. Judging by the color and pattern, it looks like a gold head from muzi, but you can never pin a location 100% from a pic

I'd fairly positive it's a comp. Kinda look like my Yellow Kasanga when they're really colored up...