Here's a link to a video of my first brichardi spawn. They've only been in the tank for about 6 weeks so I'm pleasantly surprised. Surprisingly, there are still 7 adults still alive. These are all siblings and have been together for the whole time so maybe the Death Squad won't get too out of control.

Ah well, I didn't realize you had to have a FB account to view. Nothing much to see anyway, just some wrigglers. :0) 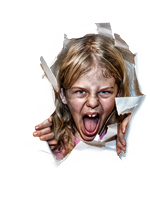 I've actually had my 2nd spawn now. The first batch look like tiny versions of their parents, the new guys are still wrigglers. I'm really enjoying that little 20 gallon tank though I wonder how long it will be before they grow out of it completely. Still, I'll burn that bridge when I cross it.

What's funny is that everything I've read about brichardi is that the spawning pair kills off every other fish. With mine there seem to be two males and two females and they're showing no sign of wanting each other dead. They all swim into the cloud of fry and seem to be co-parenting. Is this rare?

Were they all from the same spawn? I have heard that fish that grow up together will be more likely to toloerate each other in adulthood.
Where as two unrelated pairs together would kill each other.
(just what I heard)

Yes, all 8 I had in the beginning were (I believe) from the same spawn. They were all the same size in the same tank at the store anyway. I believe they came from another hobbyist so it would make sense. It's not like they didn't kill any, four died before I could get them out (it happened fast, one day all was well, the next bodies started piling up).

What I'm interested in now is whether, if they really are two males and two females, is whether both pairs will spawn or just the one. If they both get into the act the tank is going to be crowded really quickly. hehe

Here's a short video of my brichardi. I finally got a YouTube account so no more problems with folks not being able to see my Facebook vids.

So my brichardi snuck one in on me. We thought we were a spawn behind late in July and were excited last week when Becky noticed a new batch of wrigglers. then last night I was looking closely at the tank and much to my surprise I count 4 different sizes (5 counting the parents) in there. It looks like we do in fact have a trio (m/f/f) going. I'd wondered about the third since most of the stuff I've read said the breeding pair would kill off all the others, but we've had three adults for quite a while now. The 2nd female is a little smaller than the other ones so maybe she was a bit of a late bloomer.

Anyway we're officially overrun with brichardi fry and having two females spawning is going to make it even worse. LOL. Becky found a couple people to take some of them off our hands so that'll help.

I tried for some pics last night but they move around so quick it's hard to get a good shot of them. I hate not being able to adjust shutter speed. I'll try again tonight.

So yea, forget about that 2nd female. She got nuked last night. I had to euthanize her. I thought there had been a trio long enough now that it would be a permanent arrangement, but the Death Squad lives up to their reputation.

I gave 10 of my oldest babies away to a really nice neighbor lady today. I felt really good passing on these guys as they were the first babies I've ever had to share with another enthusiast. She already had a 125 gallon w/ angels etc. set up and put up a new 10 gallon to grow out these brichardi fry. She has a 45 gallon and a 30 gallon she can set up at a later time when they grow up.

I also bagged my first fish today for that long, long trip up the street about 8 houses. hehehe I didn't do a bad job of it either if I do say so. Mike was a good teacher at the ACA Convention.

Congrats on your successful brichardi colony!
It's always a good feeling to share some extra fry with someone with a real interest in the hobby.
How's the big tank going?

Tank's doing great. No other losses since the 3 caudos and two xenos. Everybody's doing well, eating and growing.